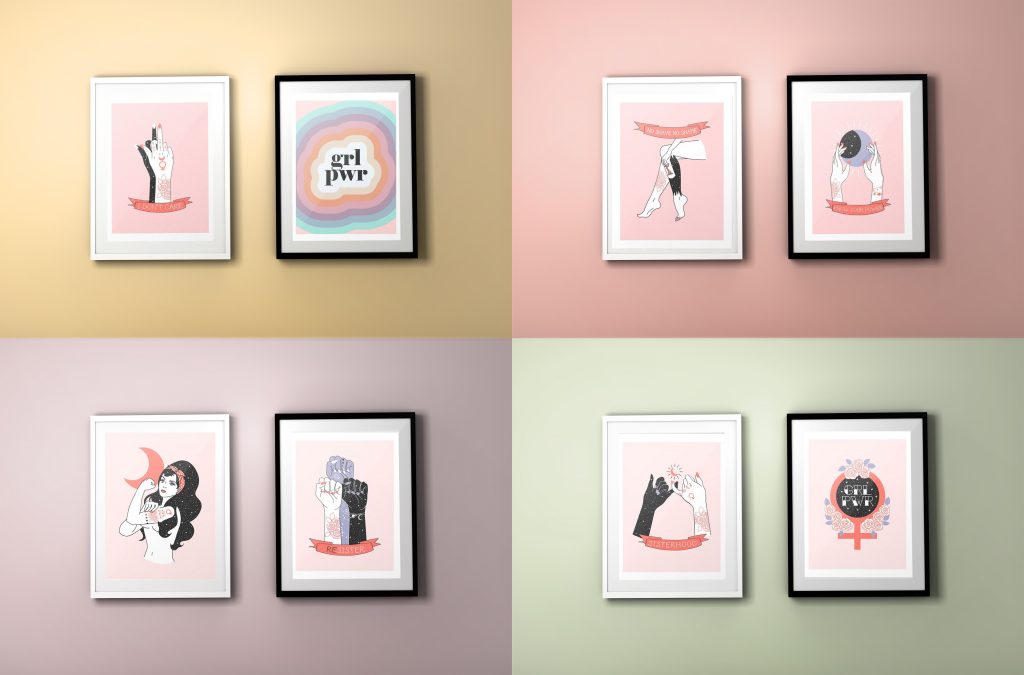 This year I created a series inspired by the International Women’s Day, which extols the women’s rights and the girls power. You can find here on my Society6 shop.

Some facts about International Women’s Day:

International Women’s Day (IWD) is celebrated on March 8 every year and it’s a focal point in the movement for women’s rights. The first time it was celebrated in Amerca, it was in 1909, then it became annual. Then the movement also extended to London and from there throughout Europe. Finally in 1917 the women obtained the right of suffrage also in Russia and they started to celebrate it there too. It is associated with the International Day for the Elimination of Violence against Women established on December 17, 1999 and which is remembered every year on November 25th. In Italy, with the end of the Second World War, March 8, 1946 saw the first appearance of its symbol, the flower of the mimosa, which blooms between February and March.